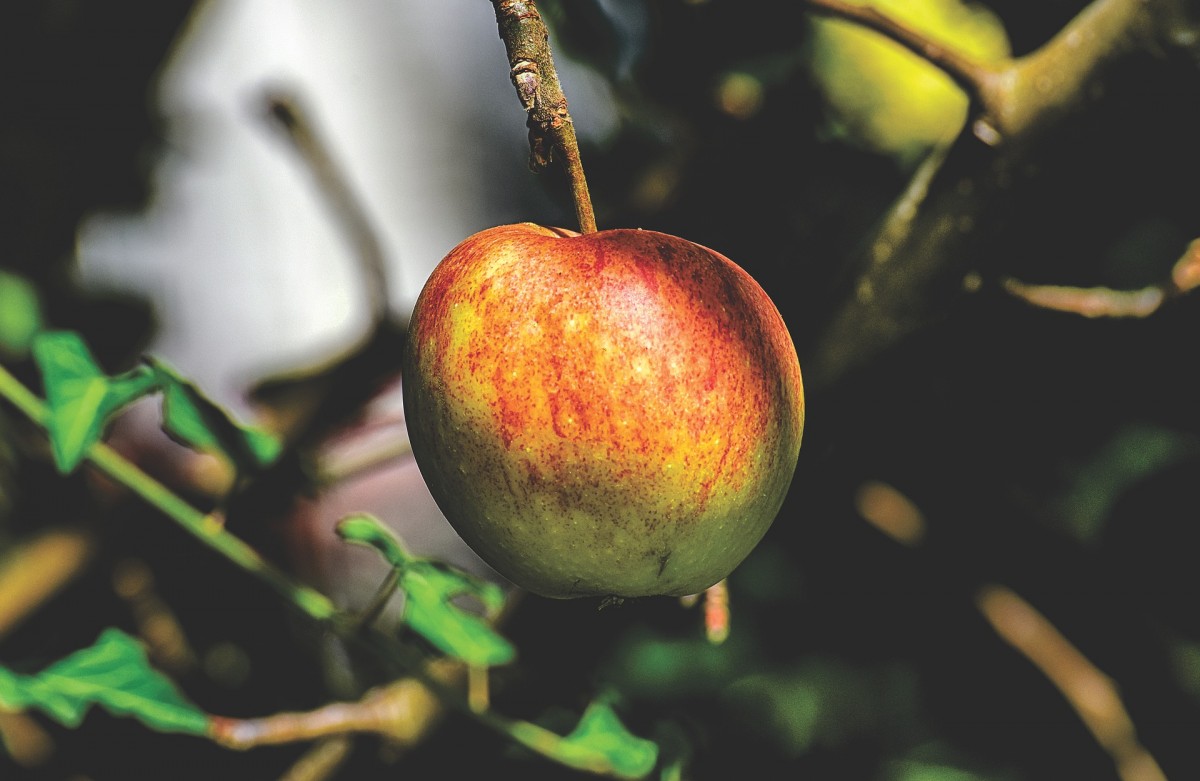 On a Friday afternoon when we should have coolers overflowing with apples and I should be trying to organize boxes and boxes of fruit to send to our various markets and wholesale accounts, it turns out that the farm is strangely quiet.  This year “A” is for absent, not apple.

Just to compare, this same weekend last year I was loading seven varieties of apples, plus pears, plums and apple cider for the markets.  This weekend I am bringing a total of 20 boxes of plums to sell and just enough fruit to cover our CSA shares.

We normally have all our coolers brimming with fruit and this year our big cooler (the one on the right) is not even turned on.  Our medium sized cooler is only part full with apples for processing.

That fruit for processing is to make apple sauce so that we can maintain our presence in stores throughout the winter and until we have another large apple crop.  And it was the need to make some apple sauce that governed one of my major decisions earlier this spring.

After the hard frost in April that killed most of the apple blooms, I had combed through the blooms and felt that we had just enough still alive to make a small crop – maybe 20% or so.  At the end of May, it came time to apply our first biological spray to control worms in the apples.  As I was driving up and down each apple row applying the spray, it become apparent that the weeks of wet and cool weather that followed bloom had stymied pollination and fruit set.  I was rapidly changing my outlook from a 20% crop to less than 5%.  Blank tree followed blank tree with an ocassional limb with some apples.

We have to spray the virus that controls worms weekly throughout the summer.  The material for each spray costs about $40/acre plus the time and equipment used to apply it.  I always figure if that spray saves us one box of fruit, then it is more than worth it to apply.  But this year, an acre that might normally have 300-500 boxes of fruit had 5-20.  In other words, there weren’t that many boxes of fruit to save and protect.  Our traps that monitor worm pressure were at zero, so we had very little pressure and we had already applied one season long control for worms in the form of mating disruption twist ties.

I was faced with the dilemma of spending lots of money, money we would not recover, in order to have more number one apples or taking a chance that our low population of worms and the control already applied would last for the summer.  I also knew that the virus was already in the population and that most likely we would not have many actual worms, just misshapen fruit from where the worm stings the apple as it takes its first bite before dying from the virus.

Normally I would always opt for the maximum control, but after hemming and hawing I decided to take a chance this summer.  I backed off the sprays.  I knew we had an out in that we could use that flavorful, but misshapen, fruit in apple sauce.

As we rapidly pick the small crop, the results of my decision are coming in.  About half the small crop of apples is misshapen, but those apples will be just enough to make the sauce we need to make it to next harvest.  It has meant fewer number one apples for markets, but that was probably going to be the reality anyhow.  When trees that should look like this:

it makes it hard to pick much fruit.

Our Jonathan block that normally picks over a 1000 boxes picked just 60.  It would normally take a week to pick it and we finished in less than three hours.  Our Jonagolds that pick 750 boxes picked 10.  Maybe we should have bought our crew track shoes so they could run from tree to tree to find “the apple”.

While this year “A” stands for absent, we hope that next year it will once again stand for apple.  We enjoy bringing the mix of varieties and flavors to the markets and watching people try the various flavors that apples can encompass.  In the meantime, enjoy some apple sauce, try some jam, and horde that last jug of frozen cider in the back of the freezer.