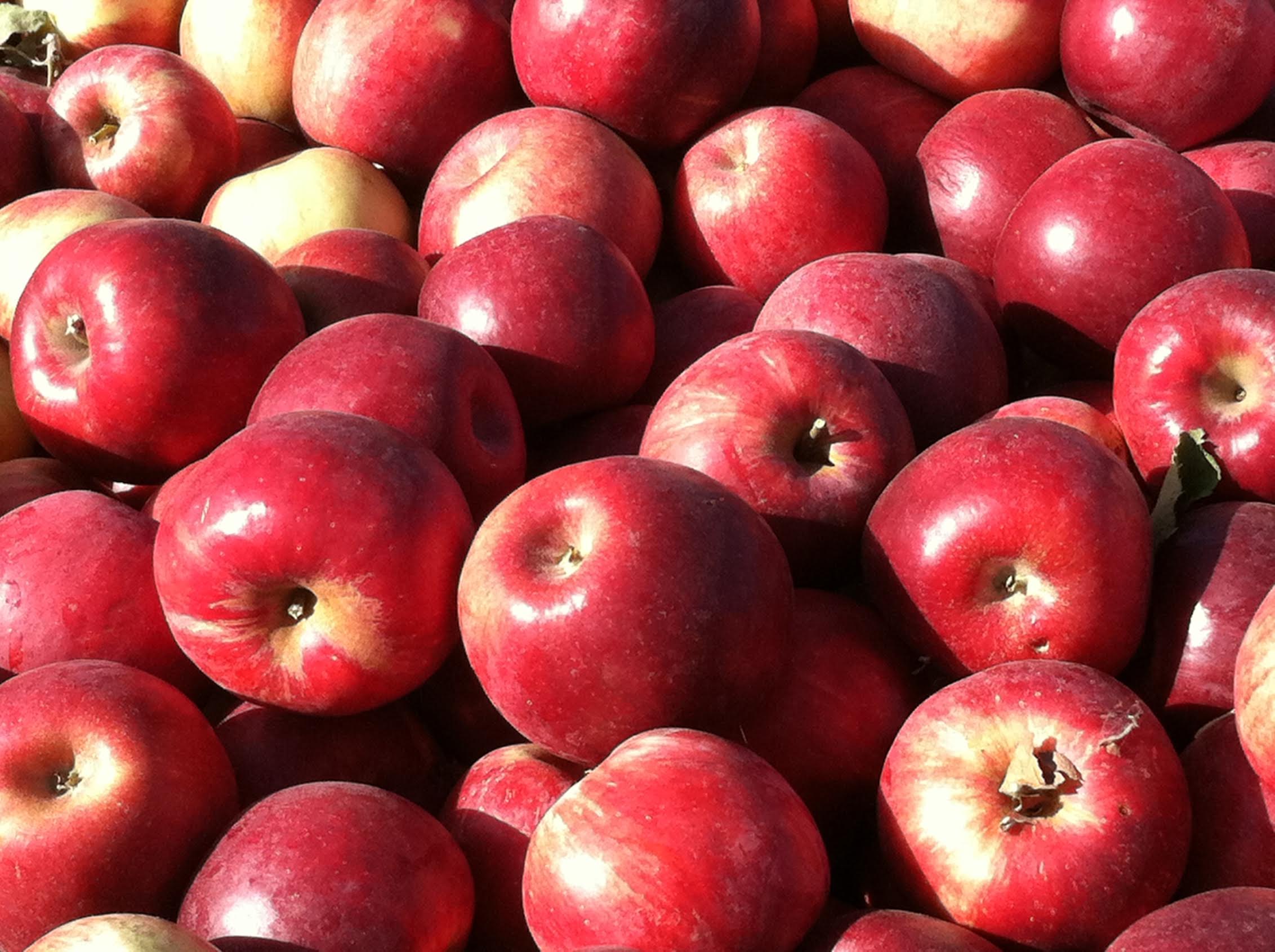 A deep red, sweet apple with hints of tartness that people fall in love with.  It has dense, crisp texture and is very popular in the Eastern United States.  Developed at the Geneva Experiment Station in New York and released in 1966, the apple was named for the Empire State.  Many people are surprised that the parents are Red Delicious and McIntosh, given the disfavor that Red Delicious has fallen into.  Picked in mid-October.