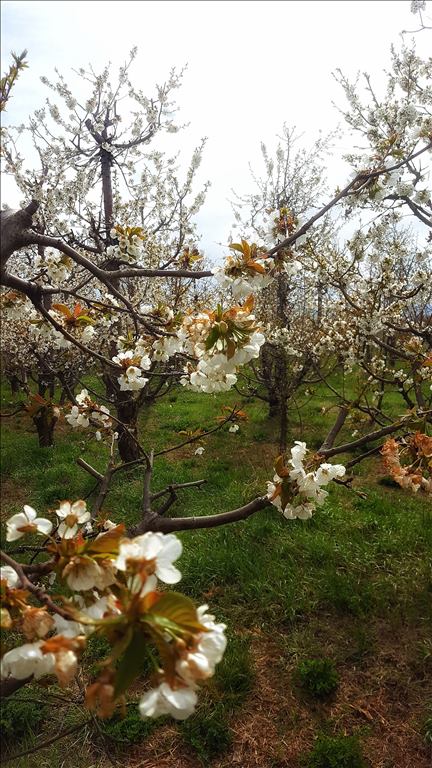 A popular variety in the Eastern United States and Canada, McIntosh is difficult to find in the West.  A tart, aromatic apple with an white flesh and an open texture.  McIntosh results from a cross between Fameuse and Detroit Red.  It was crossed on the farm of John McIntosh in Ontario, Canada in 1870.  While the apple is crisp first off the tree, it does not store well and tends to soften quickly.  We pick McIntosh in mid-September.