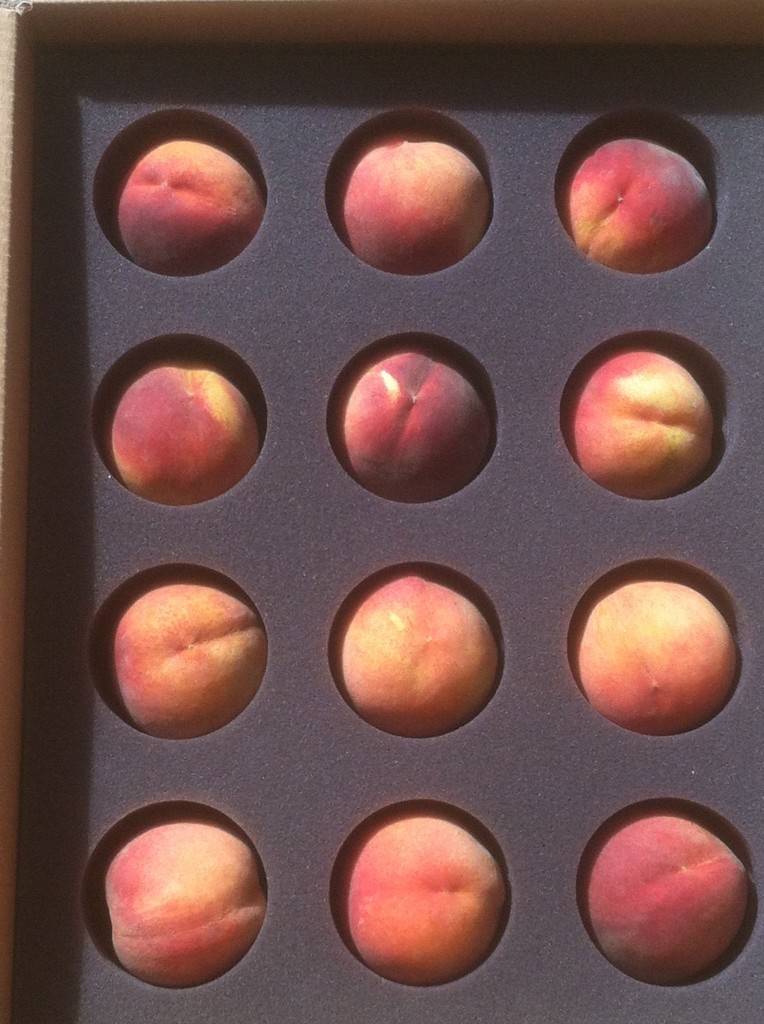 A classic, early season peach that has been grown for many years.  It is sweet with a slight tanginess.  It has a deep red color and yellow flesh.  While it may come off the seed when fully ripe, it can also be a bit clingy on the pit. It is one of the standard peaches grown around the world and was developed in the 1940’s at Michigan State University.  Pick dates for Redhavens are what most other peaches are ranked from.  Early season peaches would be picked “so many” days before Redhaven, late season peaches would be picked “so many” days after Redhaven.  Picked in early August.