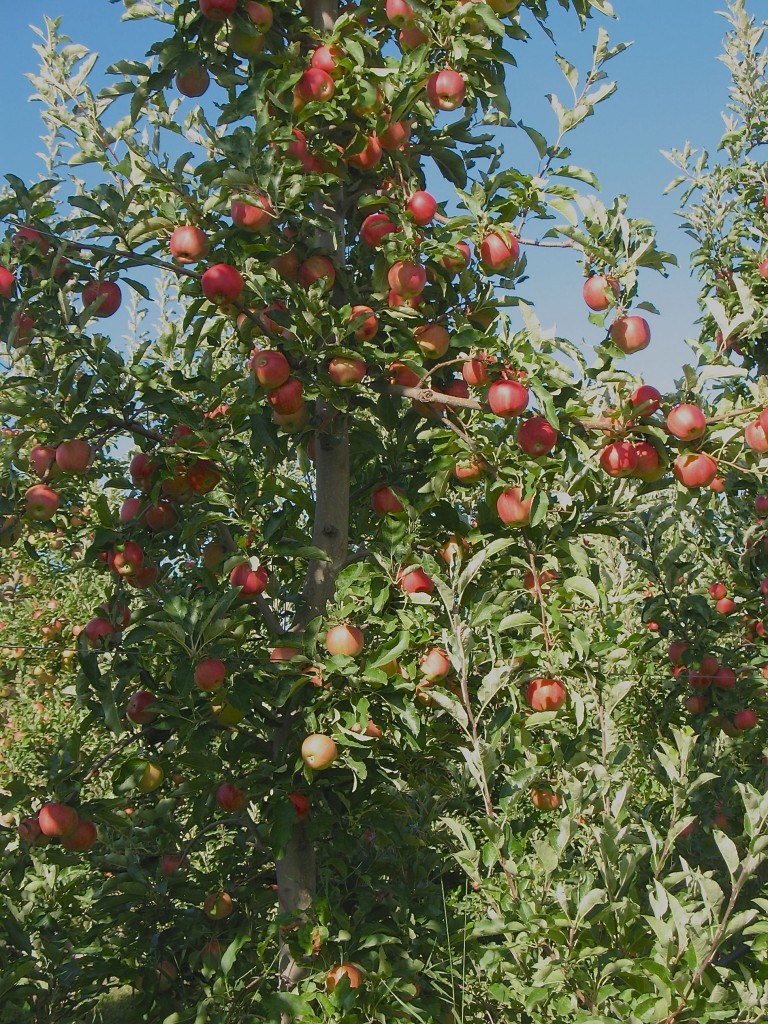 One of the first sweet apples of the season, Sansa ripens about a week before Gala.  It has a well developed flavor that is complex and not just sweet.  It has bright red stripes on a yellow background and has a similar appearance to Gala.  It was first introduced into the United States in 1986, from a cooperative breeding effort between New Zealand and Japan.  It’s parents are Gala and Akane.  Sansa picks in late August.