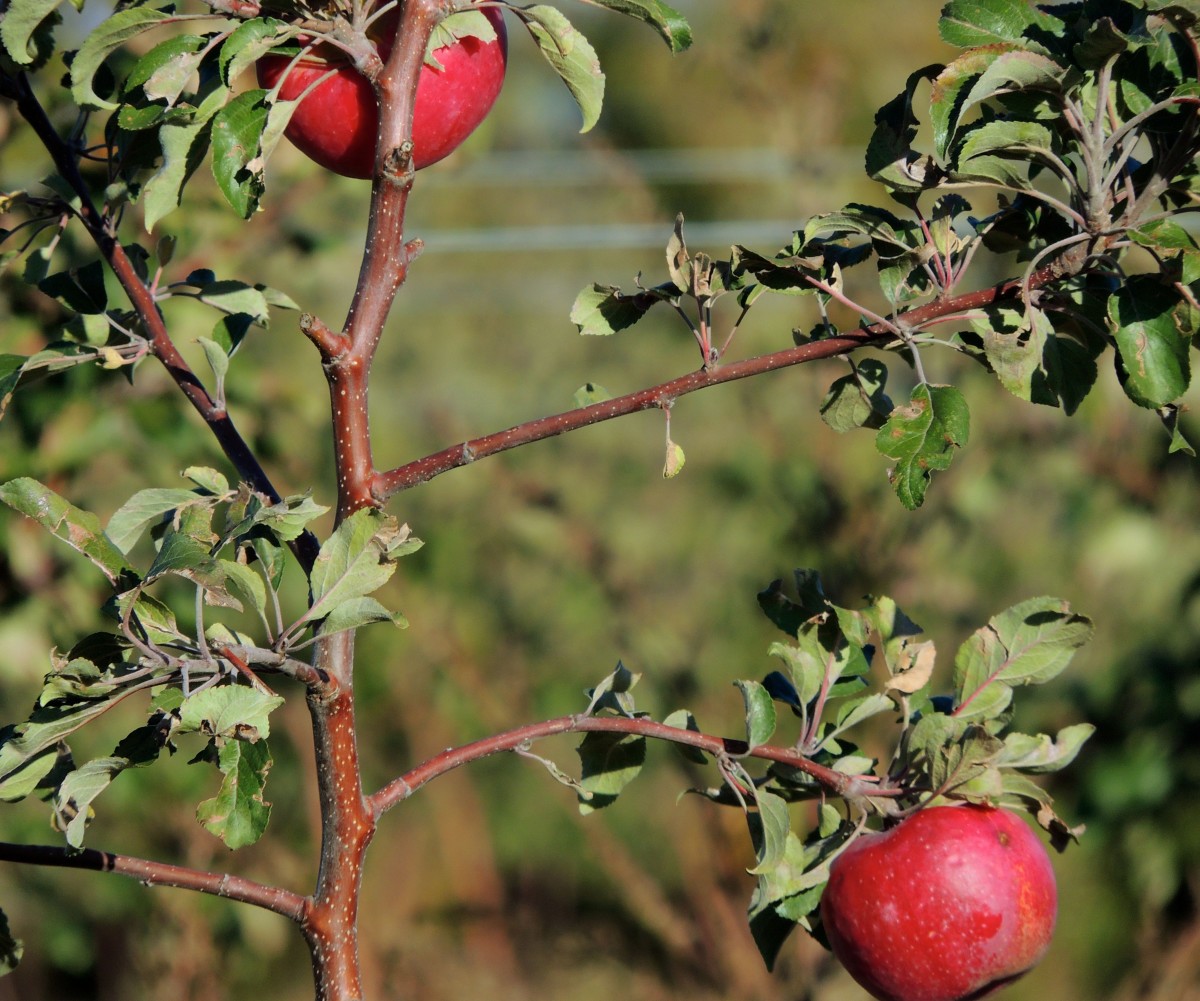 Zestar! is an early season apple with a sprightly sweet-tart taste with a hint of brown sugar. It has a light, crispy bite unlike most early season apples which often have a softer texture. Released from the University of Minnesota breeding program in 1999, it came from a cross of State Fair and MN1691. Picked in late August to early September. We are planted these trees in 2012, and they are an amazing start to our apple season, like an early and mouthwatering preview of honeycrisp apples which ripen later in the fall.

We’d love to show you the trees. They’re planted right behind our farm office building and we can watch the sunset through them. Join us on our free farm tour each year in late spring or early summer to see them!